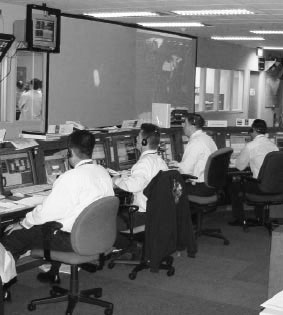 TheAurasatellite is operational and its control and data acquisition is the responsibility of the Goddard Space Flight Center (GSFC) Flight Operations Team, while the GSFC EOS Data and Operations System is responsible for data acquisition and initial data processing. Science data products are produced by each instrument principal investigator. The entire post launch activity is managed and coordinated by the Aura Project Science Office in conjunction with the principal investigators. 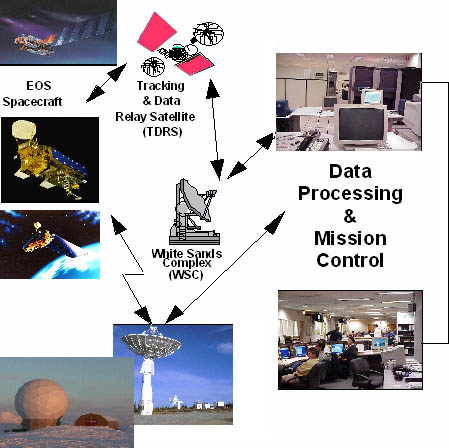 The Goddard Space Flight Center's Flight Operations Team operate the Aura spacecraft. Flight operations are the "mission control" of a satellite mission. The Operations Team tracks and controls Aura to keep it in its designated orbit and monitor health and safety of the spacecraft and its instruments.

The team commands and controls the instruments on the spacecraft in order to meet the data acquisition requirements of the ground stations. The team also coordinates observations from multiple instruments, provides mission timelines, and develops and implements contingency plans.

Aura is tracked through a network of ground stations and satellites known as TDRSS (Tracking and Data Relay Satellite System). Data are downlinked to polar ground stations in Norway and Alaska. The Flight Operations Team also interacts with NASA 's international partners' instrument control centers for exchange of planning and command and control information.

Correlative measurements are made with a variety of instruments from the ground, aircraft, or high altitude balloons. These measurements could either be in-situ where the local air is sampled directly for content or remotely sensed using instruments similar to those flying on Aura.

Aircraft operations and measurement capabilities are managed by NASA Ames Research Center. Up to date information on aircraft campaigns can be found at the AVE web site.

Aura measurements may also be validated by using data from other spacecraft, which will be flying during the Aura time frame, and making similar measurements.

The EOS Data and Operations System (EDOS) is responsible for data capture and initial processing of spacecraft data. Aura data from OMI , MLS , HIRDLS , and TES are further processed by the individual instrument science teams to geophysical data products. This activity takes place on the Science Investigator-lead Processing System (SIPS). The SIPS also provides calibration, validation and data quality assurance. Once the SIPS completes its job, the data are forwarded to the Distributed Active Archive Centers (DAAC).

OMI , HIRDLS , and MLS data products reside in the GSFC DAAC while TES will reside at Langley Research Center DAAC . The DAAC s are responsible for management, archiving and distribution of Aura data. Aura data products will be available to a range of users including science researchers, government agencies, educators and value added providers. 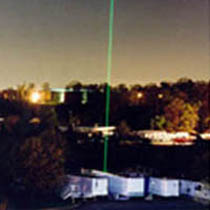 Lidar measurements can probe the atmosphere from the ground 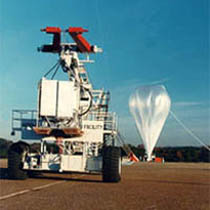