TES has significantly more the spectral resolution of the AIRS instrument being flown aboard EOS Aqua. TES employs both the natural thermal emission of the surface and atmosphere and reflected sunlight, thereby providing day-night coverage anywhere on the globe.

TES operates in a combination of limb and nadir mode (called global survey mode) every other. On alternate days, TES does special observations including "step and stare" mode and assessment of special targets like volcanoes.

Farewell to a Pioneering Pollution Sensor

On Jan. 31, NASA ended the Tropospheric Emission Spectrometer's (TES) almost 14-year career of discovery. Launched in 2004 on NASA's Aura spacecraft, TES was the first instrument designed to monitor ozone in the lowest layers of the atmosphere directly from space. Its high-resolution observations led to new measurements of atmospheric gases that have altered our understanding of the Earth system. 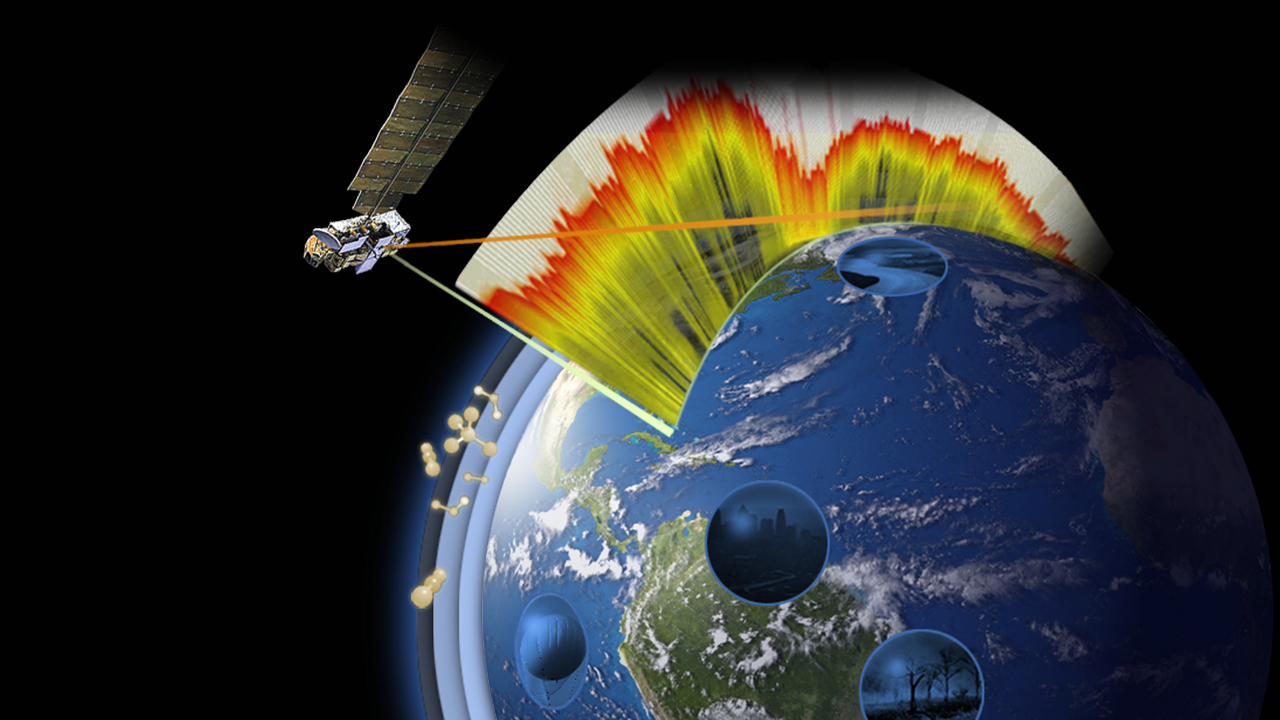