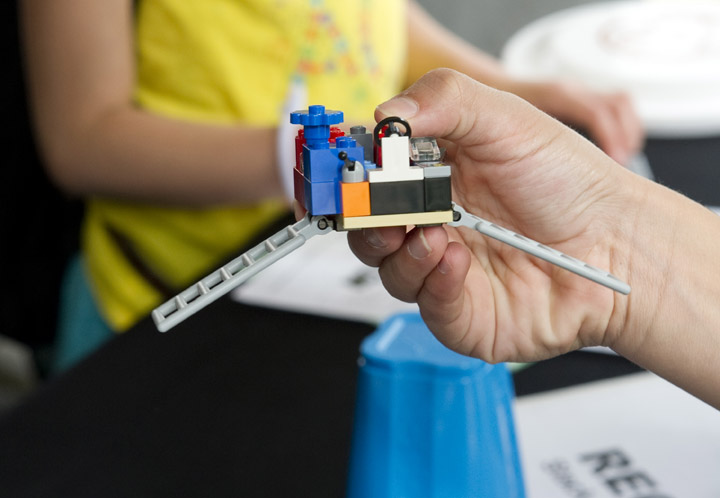 05.07.2012 - WASHINGTON, DC - Aura's Education and Public Outreach lead, Ginger Butcher, exhibited the new "Engineer a Satellite" activity in Washington, DC for the 2012 Earth Day event on the National Mall and the US Science and Engineering Festival. Over 1200 children and adults of all ages engineered and constructed their own model satellites highlighting instruments from NASA's A-Train of Earth observing satellites.

The activity focuses on the subsystems required for all satellites and the different types of instruments used for Earth observation. Participants could choose from a variety of unique Lego components representing NASA's A-Train satellite instruments such as Aura's OMI imaging spectrometer and MLS sounder radiometer as well as Aqua's AIRS sounder spectrometer and MODIS imaging radiometer. Lego representations of active instruments such as Calipso's lidar and Cloudsat's radar were also available. After completing math calculations to determine the energy requirements for their satellite, participants constructed their satellite model with all instruments and subsystems. They weighed their satellite to test for launch readiness and then took their model home.

Both children and adults were engaged and often worked together to complete the calculations. Content included information about satellite subsystems as well as the types of information that can be measured by space-based instruments. The addition of weight constraints provided an opportunity to discuss the efficiency of launching multiple smaller satellites on one launch vehicle. This activity has potential to work in a variety of informal venues including museums and afterschool events. Additionally, a classroom version of this activity is available using materials readily available from education supply stores.

For more details and downloadable pdfs of the "Engineer a Satellite" activity. 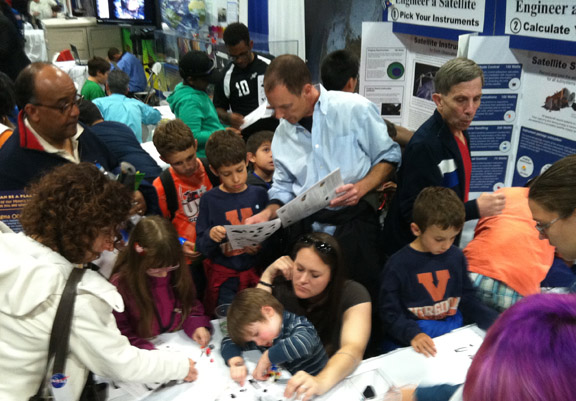 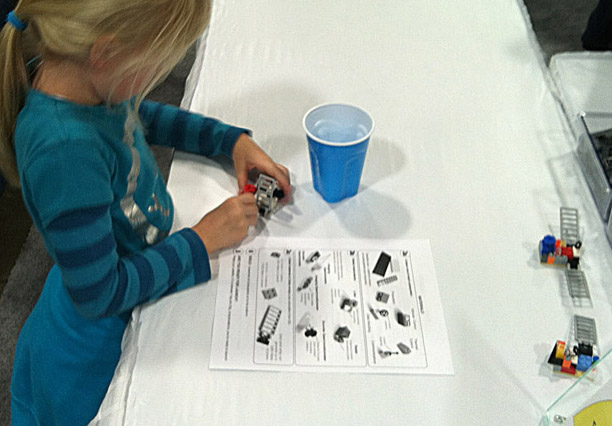 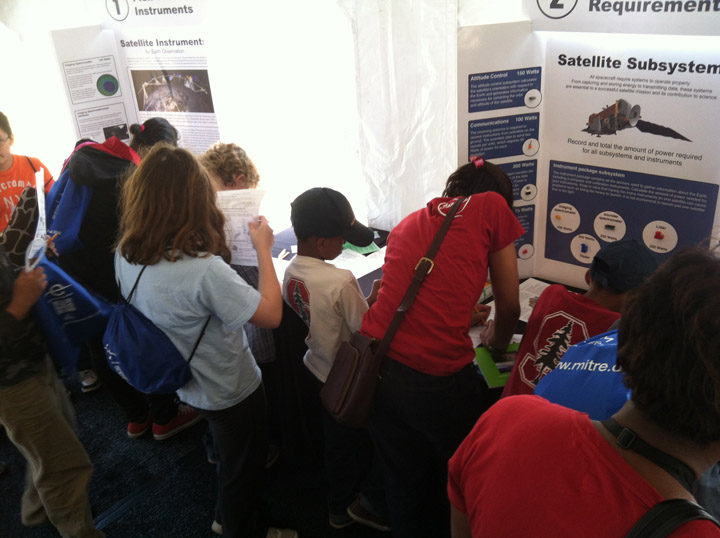 Science & Engineering Aura Activities at the 2012 Earth Day event on the National Mall.