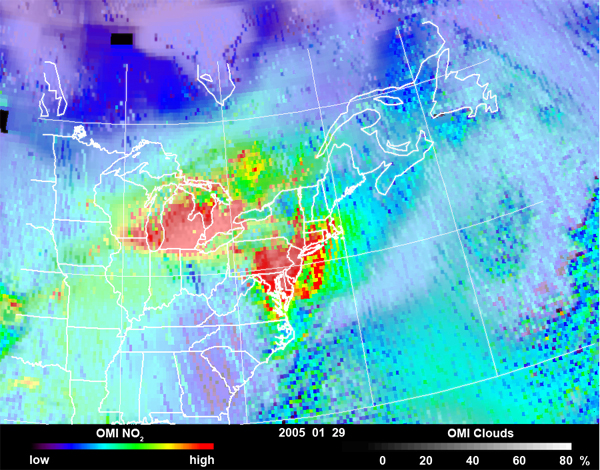 This image from Aura's OMI instrument shows the total column amount of nitrogen dioxide, a precursor to the formation of tropospheric ozone. The red areas show high amounts, the purple areas show regions of clouds which shield the sensor from nitrogen dioxide below the clouds. Air quality alerts were issued for Michigan during this period. The OMI instrument was provided to the Aura Mission by the Dutch and Finnish space and meteorological agencies.