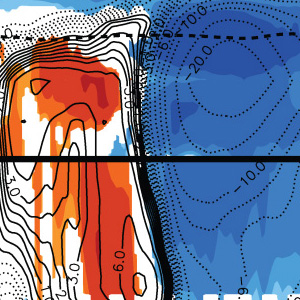 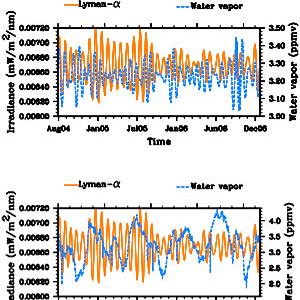 Signature of the Solar Rotational Cycle in Mesospheric Hydroxide and Water 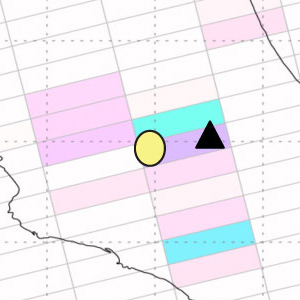 Aura/OMI data is used in conjunction with data from a dual ozone sonde payload to observe sulfer dioxide. 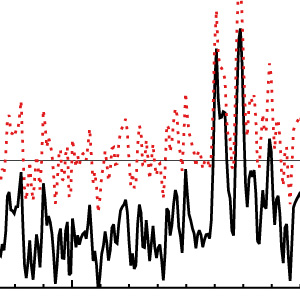 Quantifying Peroxy Acetyl Nitrate (PAN) concentrations in pollution plumes is important for understanding the potential impact of the long-range transport of air pollution. 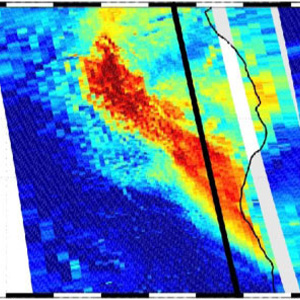 Measurements of Aerosols Above Clouds

The Aura project has developed a method to measure the optical depth of absorbing smoke and dust aerosols located above clouds using satellite observations. 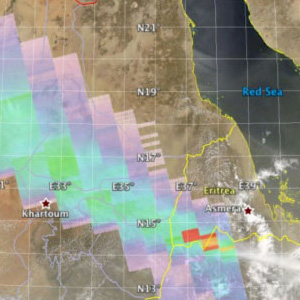 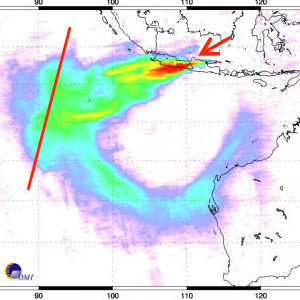 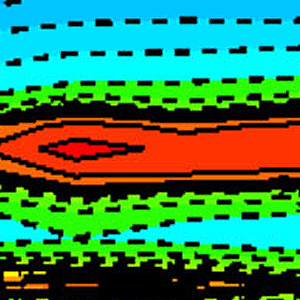 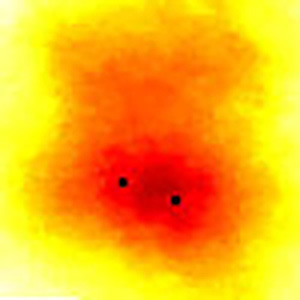 Enhancements in NO2 and SO2 over the Canadian oil sands

Data from the Ozone Monitoring Instrument (OMI) show distinct enhancements in nitrogen dioxide (NO2) and sulfur dioxide (SO2 ) over a region of surface mining in the Canadian oil sands.

The global pattern of the double tropopause is revealed using the HIRDLS high vertical resolution profiles. Composition and structure near the tropopause are important for the Earth radiative balance and quantifying transport of ozone and other stratospheric species into the troposphere. 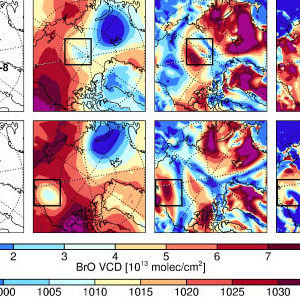 BrO enhancements over the North Pole

OMI, with its wide swath, is the only instrument that can detect Bromine Monoxide (BrO) at the pole on every orbit. Here, stratospheric BrO has been carefully separated from the total column to produce estimates of the tropospheric BrO column.

Aura EPO takes the A-Train to Washington!
05.07.2012 - Aura's Education and Public Outreach lead, Ginger Butcher, exhibited the new "Engineer a Satellite" activity in Washington, DC for the 2012 Earth Day event on the National Mall and the US Science and Engineering Festival.