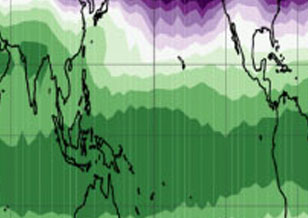 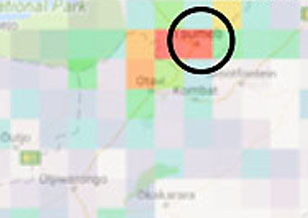 In this study, we present the result of the application of space-based sulfur dioxide (SO2) observations to evaluate the efficacy of cleantech solutions in reducing air polluting emissions from metal smelting. 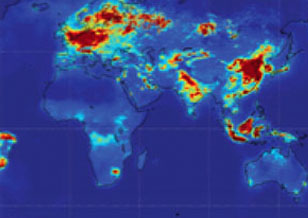 Asthma is the most prevalent chronic respiratory disease worldwide, affecting 358 million people in 2015. Ambient air pollution exacerbates asthma among populations around the world and may also contribute to new-onset asthma. 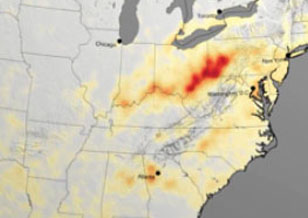 OMI data are used in a variety of air quality applications, such as monitoring trends in air pollution. 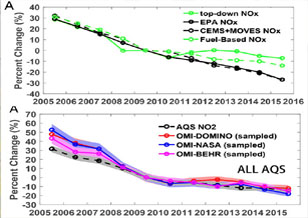 Ground and satellite observations show that air pollution regulations in the United States (US) have resulted in substantial reductions in emissions and corresponding improvements in air quality over the last several decades. However, large uncertainties remain in evaluating how recent regulations affect different emission sectors and pollutant trends. 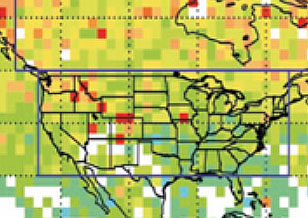 Peroxyacyl nitrate (PAN) is a critical atmospheric reservoir for nitrogen oxide radicals, and plays a lead role in their redistribution in the troposphere. 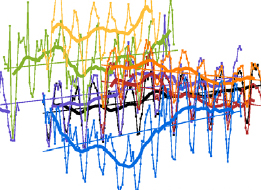 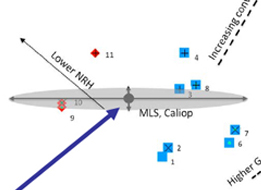 Variations in stratospheric water vapor are known to have a significant impact on surface climate, yet the processes controlling the long-term evolution of stratospheric humidity remain incompletely understood. 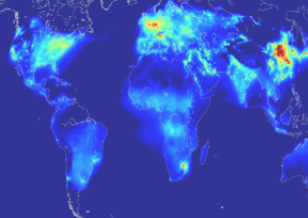 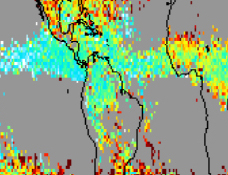 This study combines remote sensing observations and modeling to assess the effects of processes other than descent on such estimates, thus providing new information to improve both data-driven and modeled estimates of three-dimensional transport. These results are important to verifying climate model results, and highlight the need for continuing global measurement of long-lived trace gases.

This result is the first validation of modeling Nitrogen dioxide (NO2) results with the widespread in situ network, which became recently available. Our study demonstrates the capabilities of chemistry-transport models (CTMs) such as CHIMERE, combined with satellite observations from Aura OMI, to simulate NO2 concentrations at the surface over China.

Which processes drive observed variations of Formaldehyde columns over India?

Formaldehyde (HCHO) plays a role in determining the oxidizing capacity of the global troposphere. The principal source of HCHO is the oxidation of methane (CH4), which provides a global ambient background. Minor direct HCHO sources include biomass burning, industry, agriculture, automobiles, shipping, and vegetation

Using Aura's Ozone Monitoring Instrument (OMI) sulfur dioxide data collected between 2005-2015, a multi-decade record was produced using prior SO2 emission data from 1980 to the present

Farewell to a Pioneering Pollution Sensor
02.13.2018 - NASA ended the Tropospheric Emission Spectrometer's (TES) almost 14-year career of discovery. TES was the first instrument designed to monitor ozone in the lowest layers of the atmosphere directly from space. Its high-resolution observations led to new measurements of atmospheric gases that have altered our understanding of the Earth system.

NASA Study: First Direct Proof of Ozone Hole Recovery Due to Chemicals Ban
1.04.2018 - For the first time, scientists have shown through direct satellite observations of the ozone hole that levels of ozone-destroying chlorine are declining, resulting in less ozone depletion.