OMI was novel in that it was the first UV-Vis Earth remote-sensing instrument to employ a two-dimensional CCD detector. OMI revolutionized the study of trace gas pollutants from space, allowing for accurate emissions to be mapped globally. Until the recent launch of its descendent, the TROPOspheric Monitoring Instrument (TROPOMI) on the European Space Agency (ESA) Sentinel 5 precursor satellite, OMI had the highest spatial resolution of any instrument of its kind. Many satellite instruments now use a similar design including the Ozone Mapping Profiler Suite (OMPS) nadir mapper on the NASA/NOAA Suomi National Polar Partnership (NPP) satellite and Joint Polar Satellite System (JPSS) series. The NASA Earth Ventures Instrument 1 (EVI-1) Tropospheric Emissions: Monitoring of Pollution (TEMPO) that will be launched into geostationary orbit will also employ a similar detector, sweeping across North America hourly. This paper documents the many scientific areas where OMI has made significant contributions. 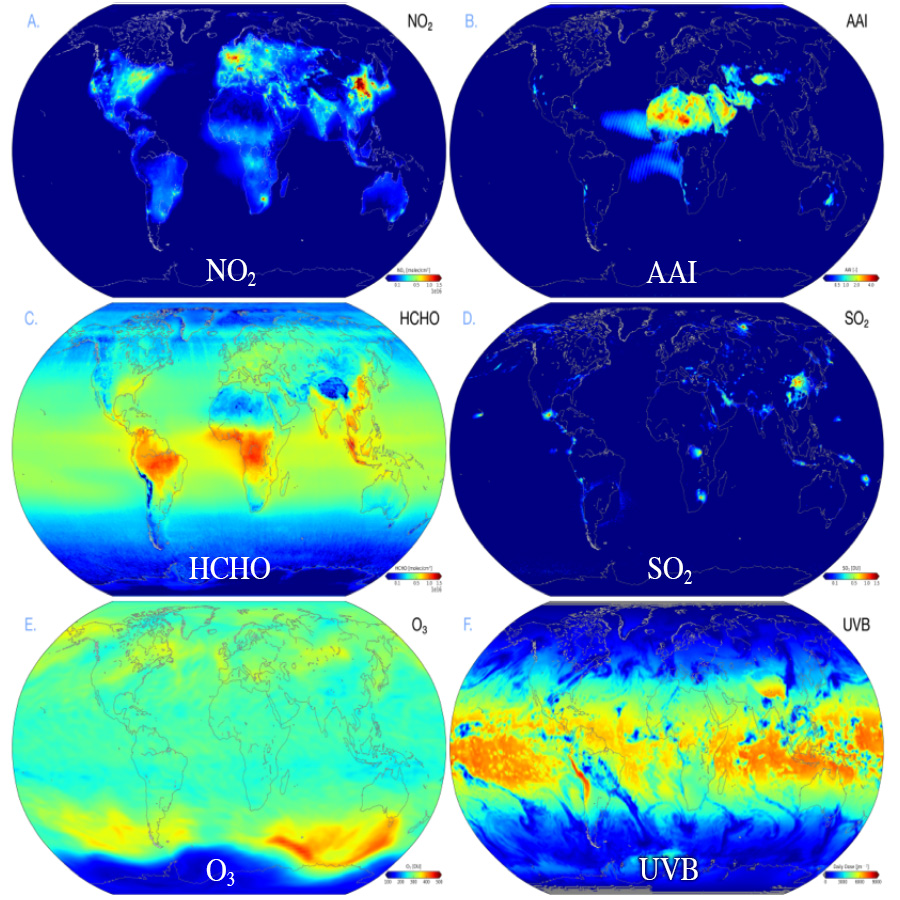 The trace-gas and radiation products from OMI include criteria pollutants, sulfur dioxide (SO2), nitrogen dioxide (NO2), and ozone (O3), as well as formaldehyde, an O3 precursor and UV-B radiation at the surface.

These products can be used on their own or together for scientific studies. Studies of the trends of the trace gases over OMI’s lifetime have been particularly interesting as often the human emissions of these gases has changed faster than was predicted. For example, a recent study by Li et al. (2017) showed that India is surpassing China as the leading emitted of SO2. The dramatic decline in SO2 emissions from China as their fuel consumption actually increased is due to emissions controls. This decline was more rapid than even the most optimistic projections.


Data Sources: Measurements and data products are from the Aura Ozone Monitoring Instrument (OMI). We acknowledge greatly the Aura OMI instrument and algorithm teams for their extensive satellite data products that have enabled hundreds of refereed studies in the scientific literature with thousands of citations. OMI is a Dutch–Finnish contribution to the NASA Aura mission.