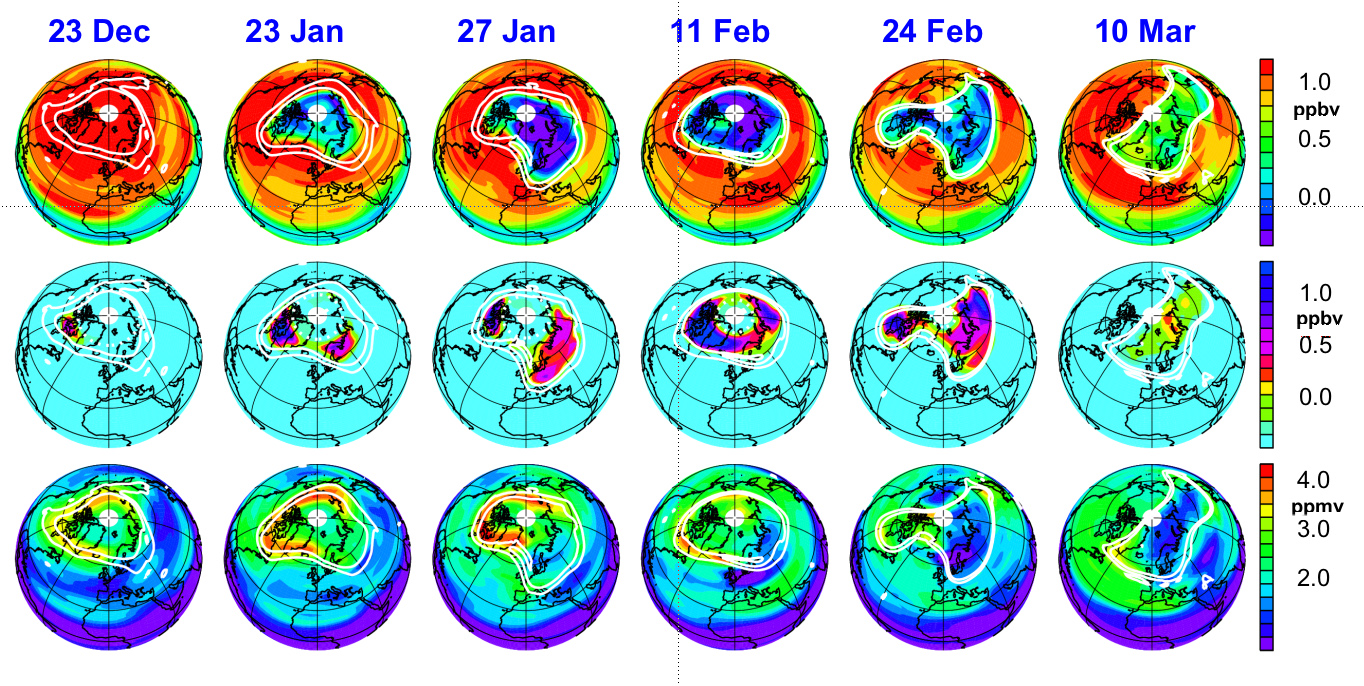 Why study the poles so intently? Scientists want to understand the large-scale environmental changes that are occurring in Earth's polar regions because they have major societal and economic impacts. In addition, studying them helps advance new scientific frontiers, such as understanding the role of the Antarctic and Greenland ice sheets in sea level rise.

Transport processes compensated for the destruction to an unusual degree this winter, resulting in near-average Arctic ozone amounts in spring