The Eyjafjallajökull volcano in Iceland erupted Wednesday, April 14, for the second time this month. The volcano has caused chaos for European travelers due to airport closures. Aura's OMI instrument captured images of the ash plume on April 15.

After the initial eruption, the ash that is extremely hazardous to aircraft, has subsided and most of the emission has been gaseous as seen in OMI SO2 images. However, a new ash cloud is now visible and will be monitored closely. 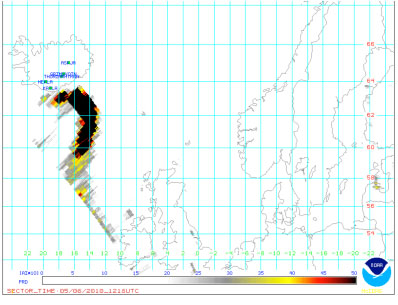 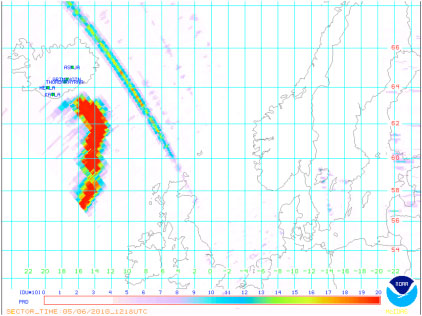 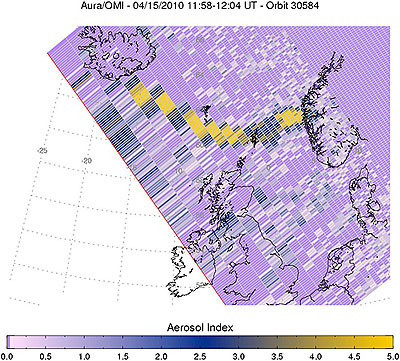 SO2 is relatively low 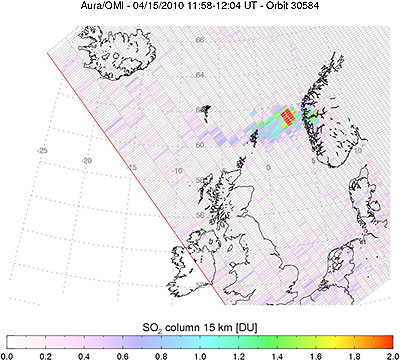 These are near-real-time OMI images of ash and sulfur dioxide from Icelandic eruption. Images courtesy of Simon Carn, Mich. Tech.