Sulfur Dioxide and Vog from Kilauea 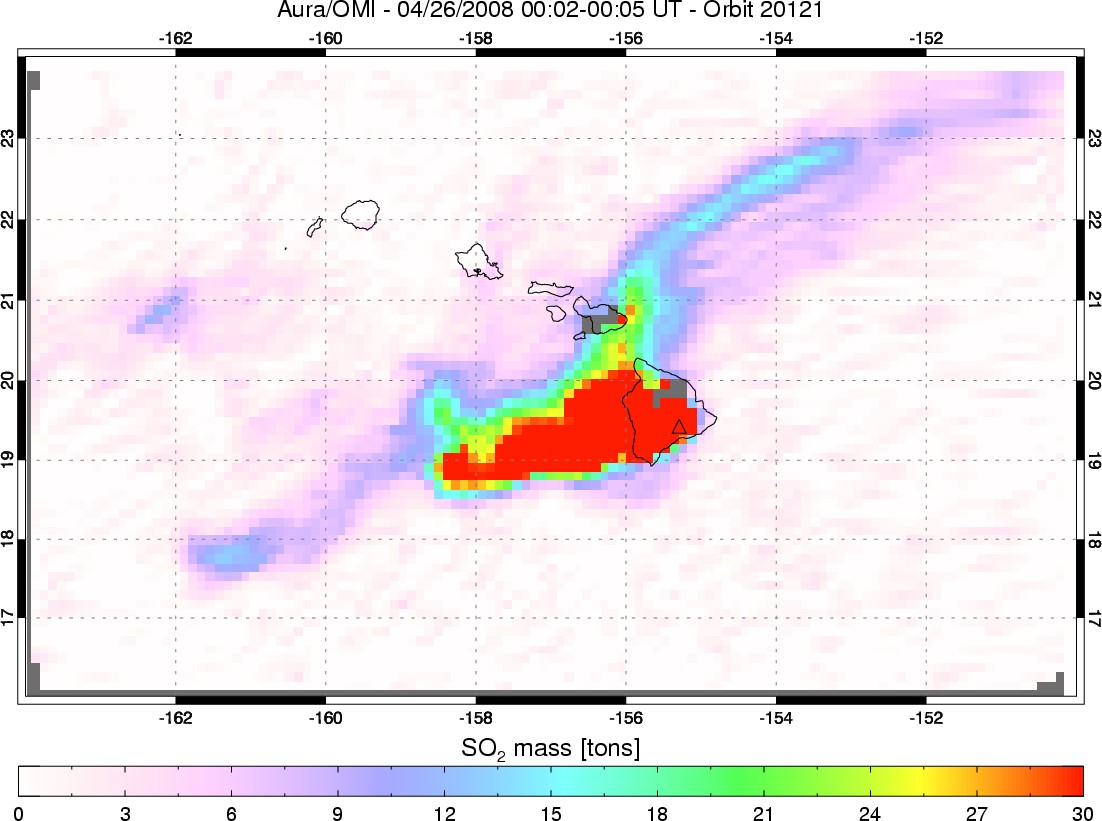 In late April 2008, Kilauea Volcano Volcano on Hawaii's big island continued its pattern of increased activity, including elevated seismic tremors and emissions from the volcano's Halema'uma'u vent. NASA satellite sensors observed different aspects of the volcano's activity on April 26, 2008. As Kilauea emitted ash and steam, the sensors recorded both the visible volcanic emissions, and the concentrations of one volcanic pollutant not visible to human eyes.

Sulfur dioxide is a common volcanic pollutant, and it can pose health hazards, especially for people with preexisting breathing difficulties. The image, acquired by the Ozone Monitoring Instrument (OMI) on NASA's Aura satellite, shows metric tons of sulfur dioxide measured in the lowest 5 kilometers (roughly 3 miles) of the atmosphere around Hawaii. Lowest amounts appear in lavender, and highest amounts appear in red.

The greatest concentration appears over Hawaii's big island and immediately west-southwest, but lower concentrations spread both toward the southwest and the northeast. Sulfur dioxide mass is scaled from 0 to 30 metric tons in this image, although some of the highest concentrations were actually greater than the top end of scale used for this image. Two days after this image was acquired, the Hawaiian Volcano Observatory continued to warn residents nearby of elevated sulfur dioxide levels, and they indicated that closure of Hawaii Volcanoes National Park might be necessary.