OMI captured the sulfur dioxide (SO2) cloud in 2 consecutive orbits (attached); the AI signal is considerably weaker (so far) than we saw at Okmok. There's also a long SO2 plume from Okmok in the first orbit.

The Kasatochi volcano, part of the Aleutian Islands, was observed to erupt on Aug 7 with a huge cloud appearing in the OMI SO2 data shortly thereafter. According to OMI the Kasatochi eruption has produced probably the largest SO2 burden we have seen in a volcanic cloud since the beginning of the Aura mission. We calculate about 1.5 Tg SO2 in the cloud on August 10 using operational OMI data, assuming a cloud center of mass at ~17 km (the actual altitude may be lower - about 10-13 km). OMI has continued to observe the eruption cloud. I am attaching a short movie of the SO2 cloud as it propagates around the world.

+ Go to the Alaska Volcano Observatory 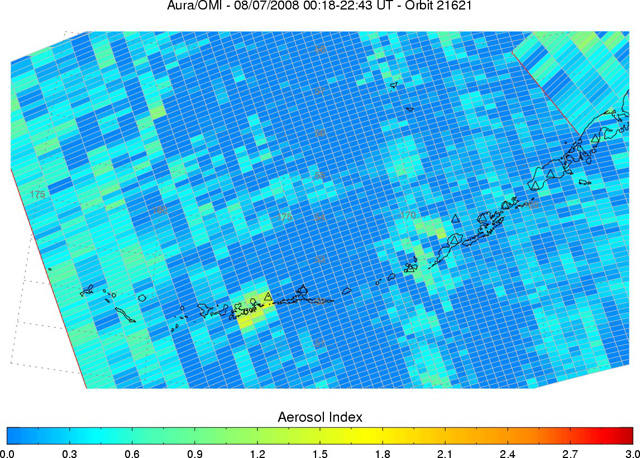 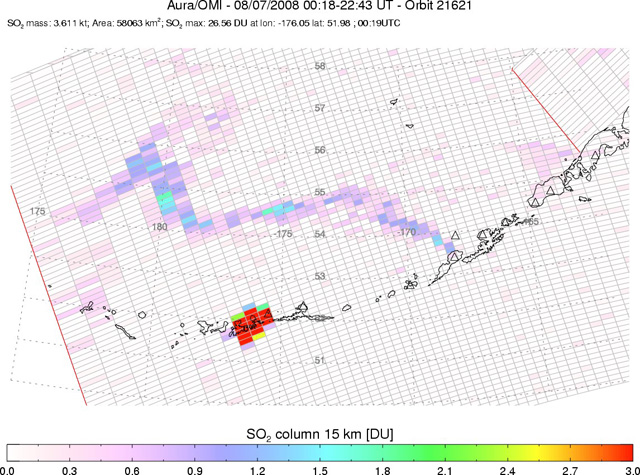 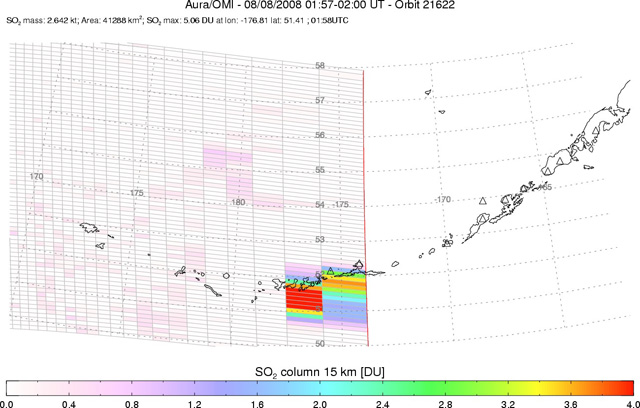