High values of the aerosol index from the Ozone Monitoring Instrument (OMI) onboard the Aura satellite correspond to elevated smoke that absorbs ultraviolet light. The high values to the north are from large fires in British Columbia.

Although there are some gaps in coverage (e.g., over Nevada on August 31), these images show that the smoke was dispersed over a large region. Residents of Denver reported that they could smell the smoke and that visibility was poor.

The OMI instrument anomaly produces gaps in coverage; On August 31, there is no data in between LA and the four corners states, so transported smoke is not visible over Nevada. On August 30, the gaps occur over Colorado and towards the East. There is also some smoke visible to the north from Canadian fires. 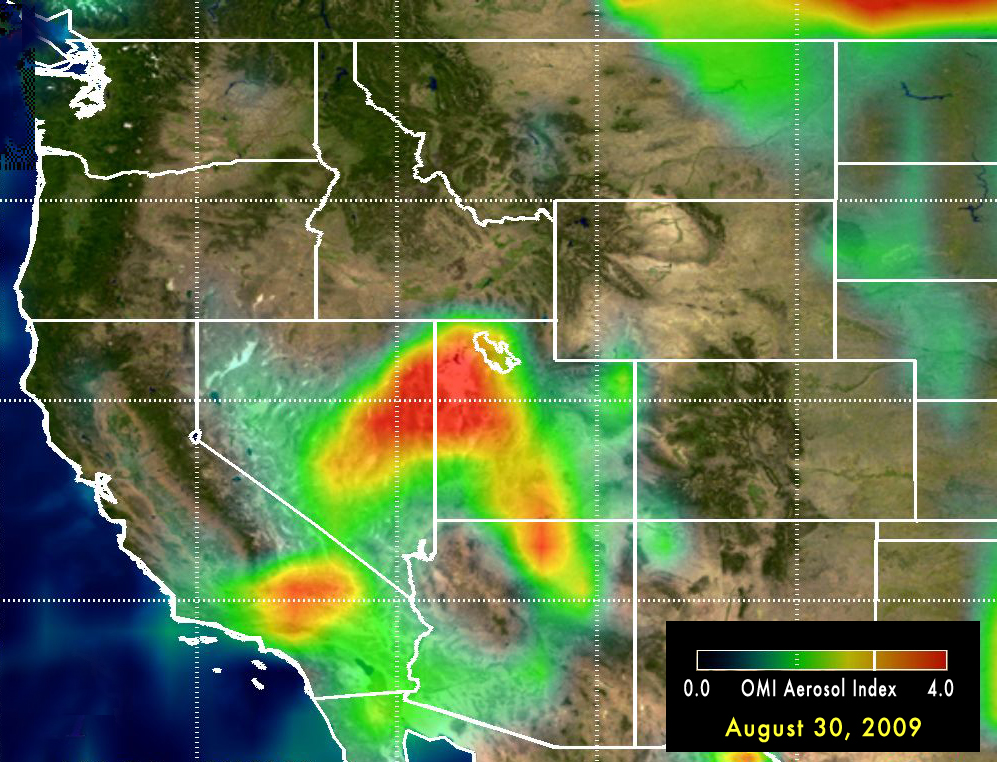 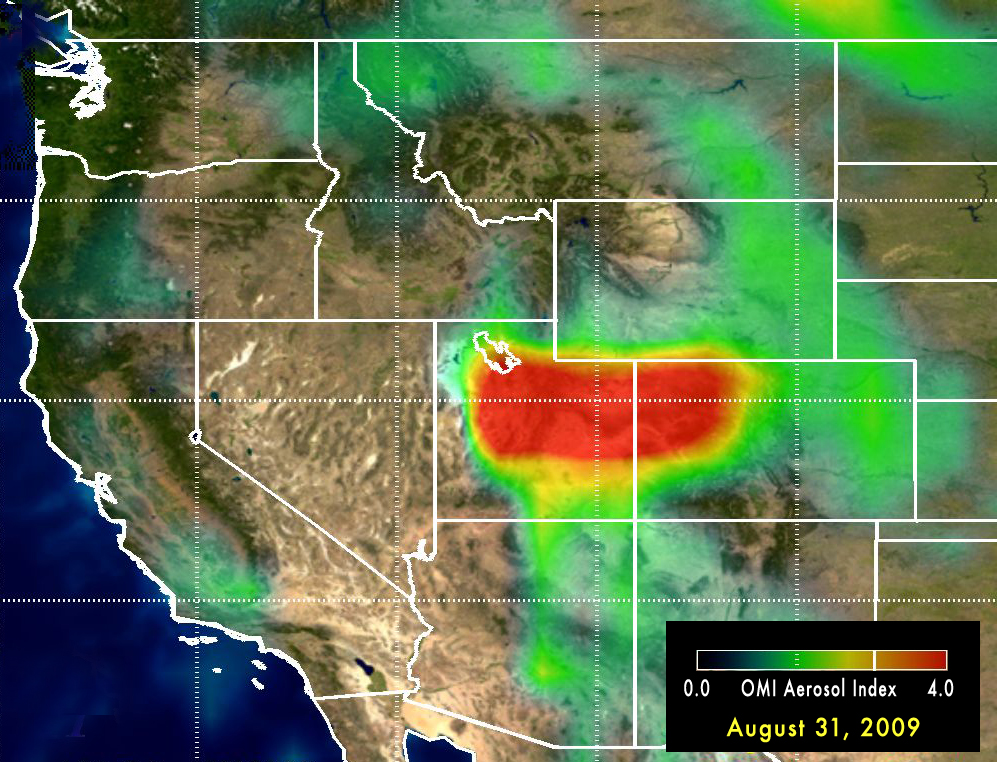 TES captures the variability of ammonia over the Earth's surface

The map shows TES ammonia (NH3) in October averaged over 2004-2009. High NH3 levels are visible over agricultural regions, such as the American Midwest and the Central Valley, as well as over areas with biomass burning in the southern hemisphere spring. 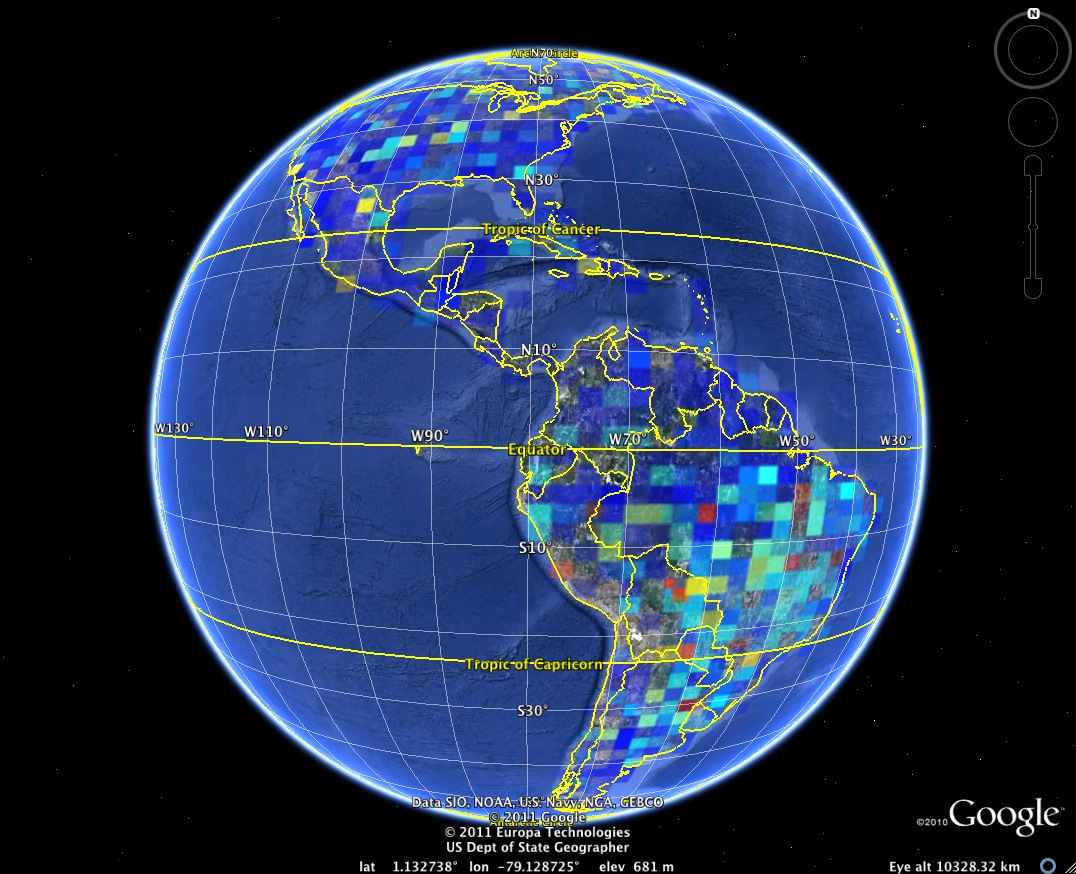