The phenomenal growth of Chinese economy in the past few decades has been largely driven by expansion in manufacturing industries and fueled by coal, the source of more than 70 percent of the energy consumed in China. The electricity output of thermal power plants increased by ~30 percent in merely three years from 2005 to 2007. Power plants emitted an estimated 18 million tonnes of sulfur dioxide (SO2) and half as much nitrogen oxides (NOx) in 2006 and contributed the largest amounts anthropogenic SO2 and NOx in China.

The Chinese government has begun to implement emission control measures to reduce the impact of power plants on local and regional air quality. SO2 emissions from power plants in China are projected to decrease by ~25 percent between 2005 and 2010 as flue-gas desulfurization (FGD) devices are widely installed, despite continued growth in electricity generation. NOx emissions may increase by as much as 40 percent due to poor performance of the commonly used emission control techniques.

The decrease in SO2 shown by the Ozone Monitoring Instrument (OMI) suggests that the SO2 controlling measures were widely applied in power plants between 2007 and 2008. Similar trends have been observed with other satellite instruments (GOME, SCIAMACHY). 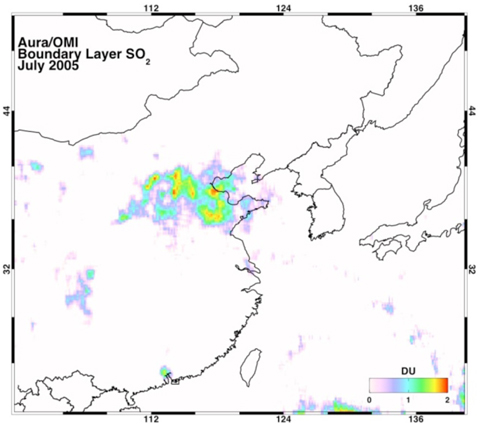 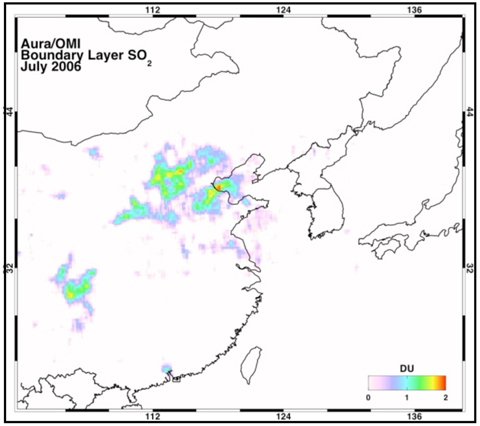 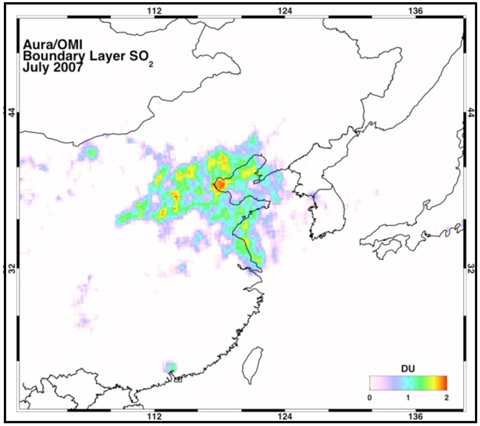 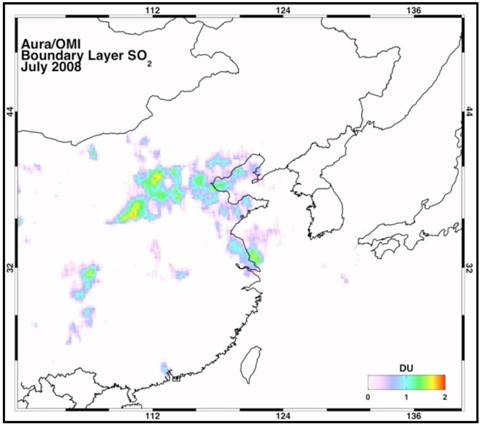 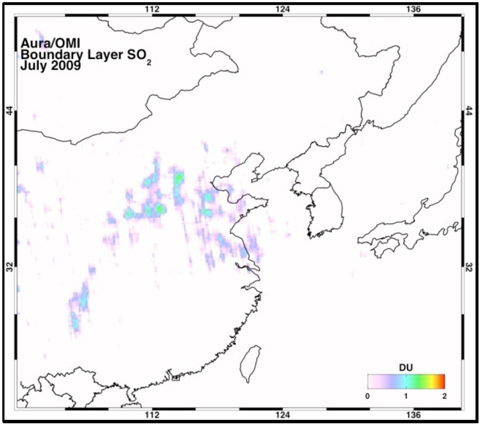