The seasonal cycle of agricultural biomass burning in South America is linked to wet and dry seasons. Most burning takes place in September just before the wet season. Fires are detected by the Moderate Resolution Imaging Spectroradiometer (MODIS) on NASA's Aqua, also a satellite in the A-Train. The smoke aerosols produced by burning are easily detected by the Ozone Monitoring Instrument (OMI) . The OMI Absorbing Aerosol Optical Depth shown below for four years is a measure of aerosol concentration and sunlight absorption. The pattern of smoke seen by OMI each September is similar for the first three years in the OMI record (2005, 2006 and 2007).

MODIS fire counts and OMI smoke aerosols are consistent with each other. The timeseries shown below for OMI aerosol index and the Aerosol Absorption Optical depth have the same peaks as the timeseries for MODIS fire counts. The number of South American fires in September decreased by 50% from 2007 to 2008. We do not yet have an explanation for this surprising decline in biomass burning. The decrease does not appear to be related to meteorology, as the rainfall patterns in South America were similar all four years. 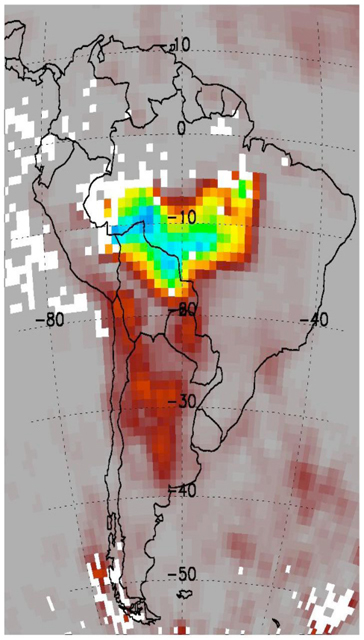 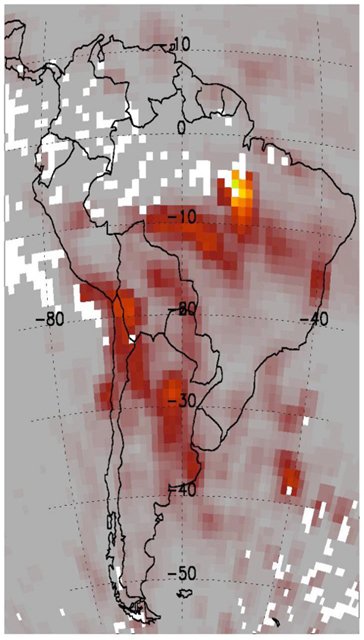