Above : Polar stratospheric clouds near Sweden

Tropical thin cirrus that are found in the upper troposphere and lower stratosphere play an important role in climate change and help control the amount of water vapor in the stratosphere.

Polar Stratospheric Clouds (PSCs), key players in spring polar ozone depletion, occur in both hemispheres. The figure on the right below shows the 2006 northern hemisphere winter cloud extinction from HIRDLS. PSCs are seen in the stratosphere at high northern latitudes. 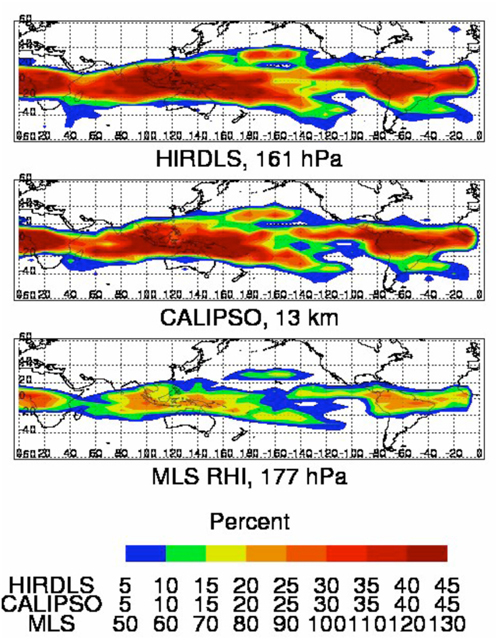 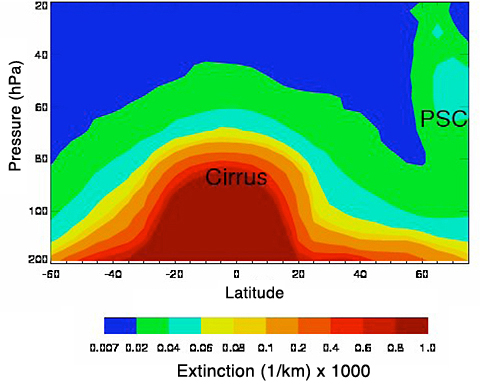 HIRDLS and CALIPSO see the same pattern for the occurrence of clouds. This cloud pattern corresponds with the pattern of relative humidity (RHI) derived from MLS.