Aura's Ozone Monitoring Instrument (OMI) instrument focuses on the Nitrogen dioxide (NO2) in Southern California. Nitrogen dioxide is more concentrated in more densely populated urban areas. NO2 forms quickly from emissions from cars, trucks and buses, power plants, and off-road equipment. In addition to contributing to the formation of ground-level ozone, and fine particle pollution, NO2 is linked with a number of adverse effects. 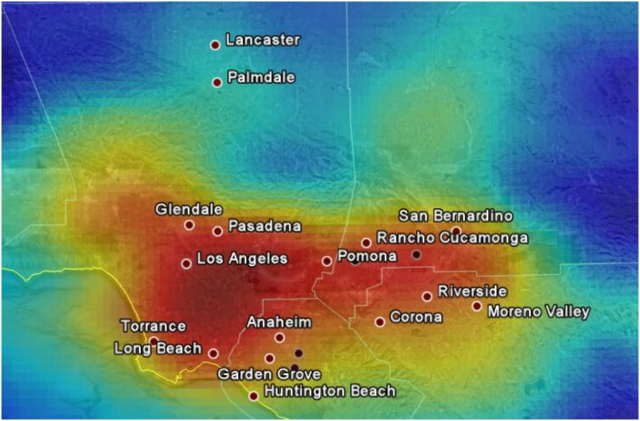 Tropospheric column NO2 concentrations (molecules/cm2) from the Ozone Monitoring Instrument (OMI) over the South Coast region of California from one day, August 1, 2008. 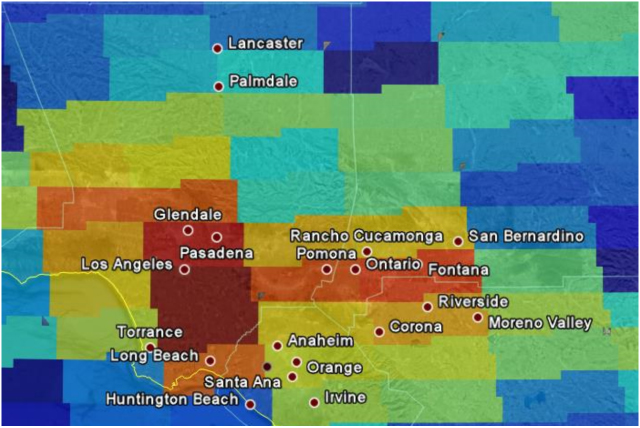 Over the past several years, California has enforced aggressive air quality regulations. Results of this action can be seen in Aura's OMI imagery below. OMI shows that decreases in nitrogen dioxide (NO2) columns over the 4 years 2005-2008 approach 40%, almost the same as the weekend decrease observed in 2005.

Vehicles have a much smaller impact on local air quality than they did 20 years ago, but their emissions of heattrapping gases have continue. Mobile sources including passenger vehicles account for approximately half of California's global warming pollution. 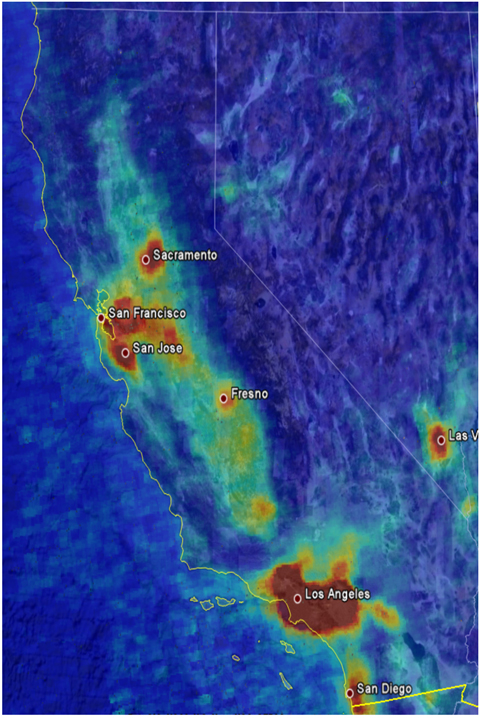 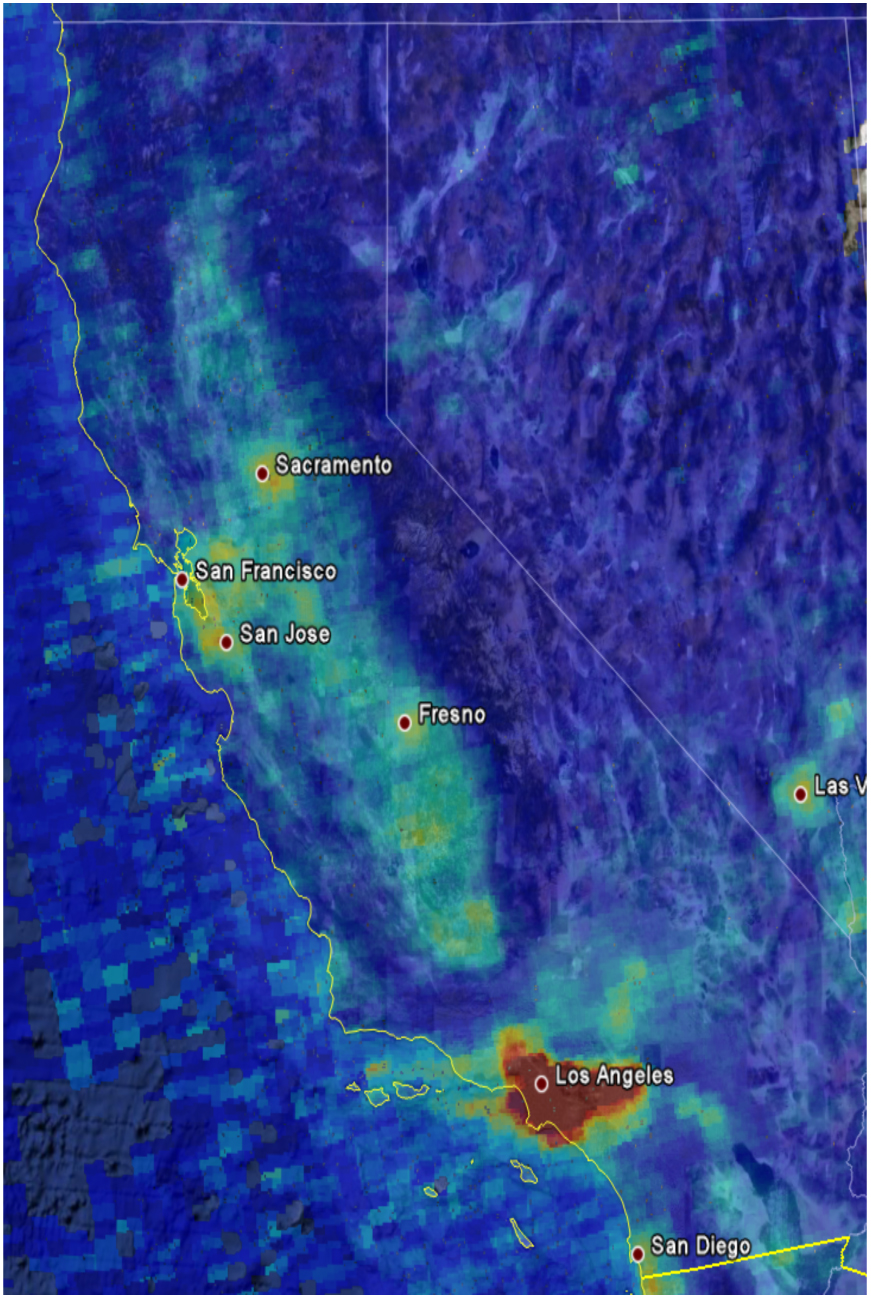 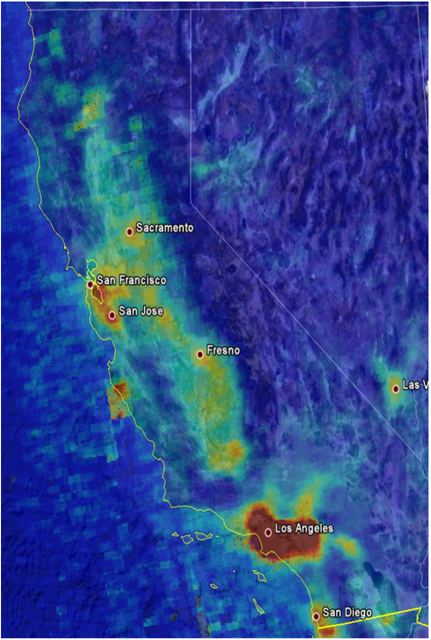