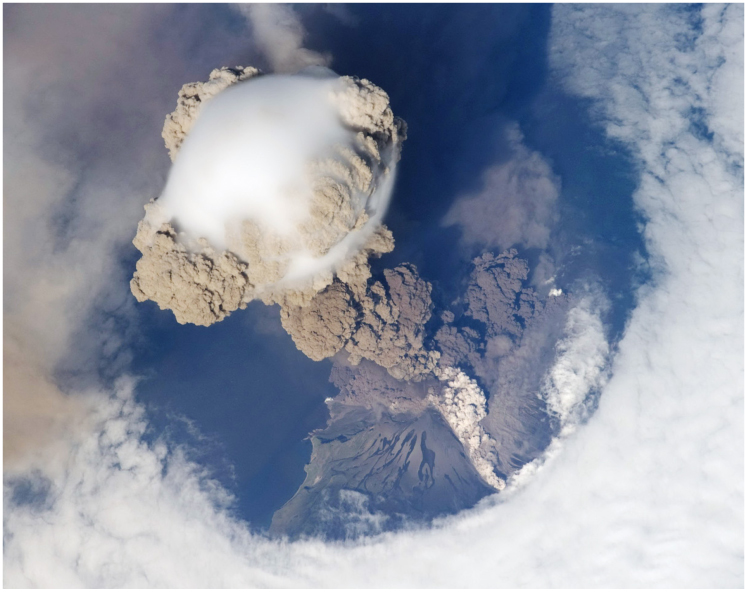 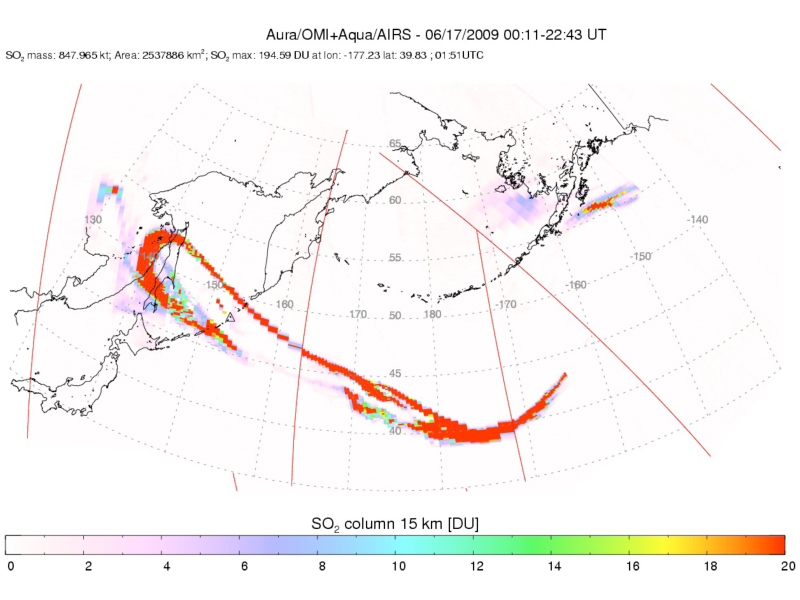 Synergy between A-Train instruments permits 'filling-in' of the OMI data gaps with near-coincident SO2 retrievals from the AIRS instrument on Aqua, ~8 minutes ahead of Aura. Following the A-Train reconfiguration completed in May 2008, Aura and Aqua nadir are very close. Neither OMI (due to the row anomaly) or AIRS (due to its narrower swath) provided complete coverage of the Sarychev Peak eruption cloud, but by merging SO2 data from the two sensors contiguous coverage is achieved. Thus accurate measurements of SO2 loading by large volcanic eruptions can still be made.

The Sarychev Peak eruption was the second significant SO2 injection (~1 Tg SO2) into the Northern Hemisphere (NH) stratosphere in a year, following the eruption of Kasatochi volcano (Aleutian Islands) in August 2008 (~1.4 Tg SO2). Due to these recent eruptions, stratospheric sulfate aerosol concentrations in the NH may be elevated compared to recent years, with possible impacts on atmospheric chemistry and radiation. The timing of the Sarychev Peak eruption close to the summer solstice is significant as it increases the radiative (cooling) effect of the sulfate aerosol.

Note that there are some differences in the SO2 columns retrieved by OMI and AIRS which may be reduced by 'tuning' the retrievals using accurate information on SO2 cloud altitude and vertical extent.

It might also be possible to combine aerosol measurements (e.g., volcanic ash loading) from OMI and AIRS in a similar way.