The spatial correlations between concurrent satellite data of aerosol optical thickness (AOT) and trace gases are used to infer information on the global composition of aerosol particles, their emission sources and relative regional pollution controls of combustion processes. The data used include the Moderate Resolution Imaging Spectroradiometer (MODIS) on Aqua and the tropospheric columns of nitrogen dioxide (NO2 ), sulfur dioxide (SO2 ), and formaldehyde (HCHO) from the Ozone Monitoring Instrument (OMI) on Aura. 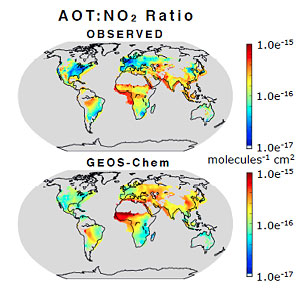 Figure 1 : Observed (top) and modeled (bottom) AOT to NO2 ratios for polluted regions. The observed ratios are low over the eastern US and western Europe and ratios are high over eastern Europe and China, where OMI SO2 data suggest a much stronger sulfur contribution to aerosol formation. The ratios are a factor 100 higher over biomass burning regions in Africa and South America than over industrialized regions, reflecting different fuel type and combustion processes. 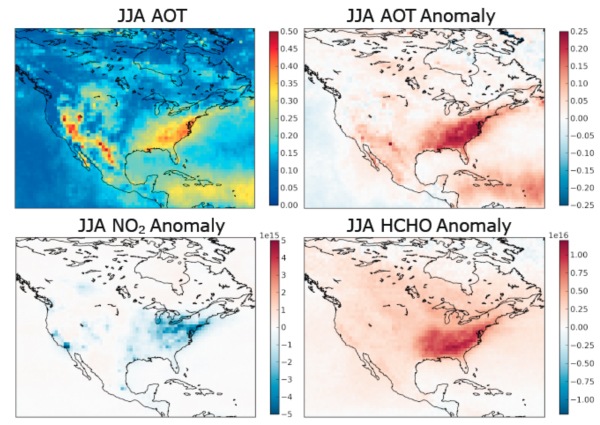