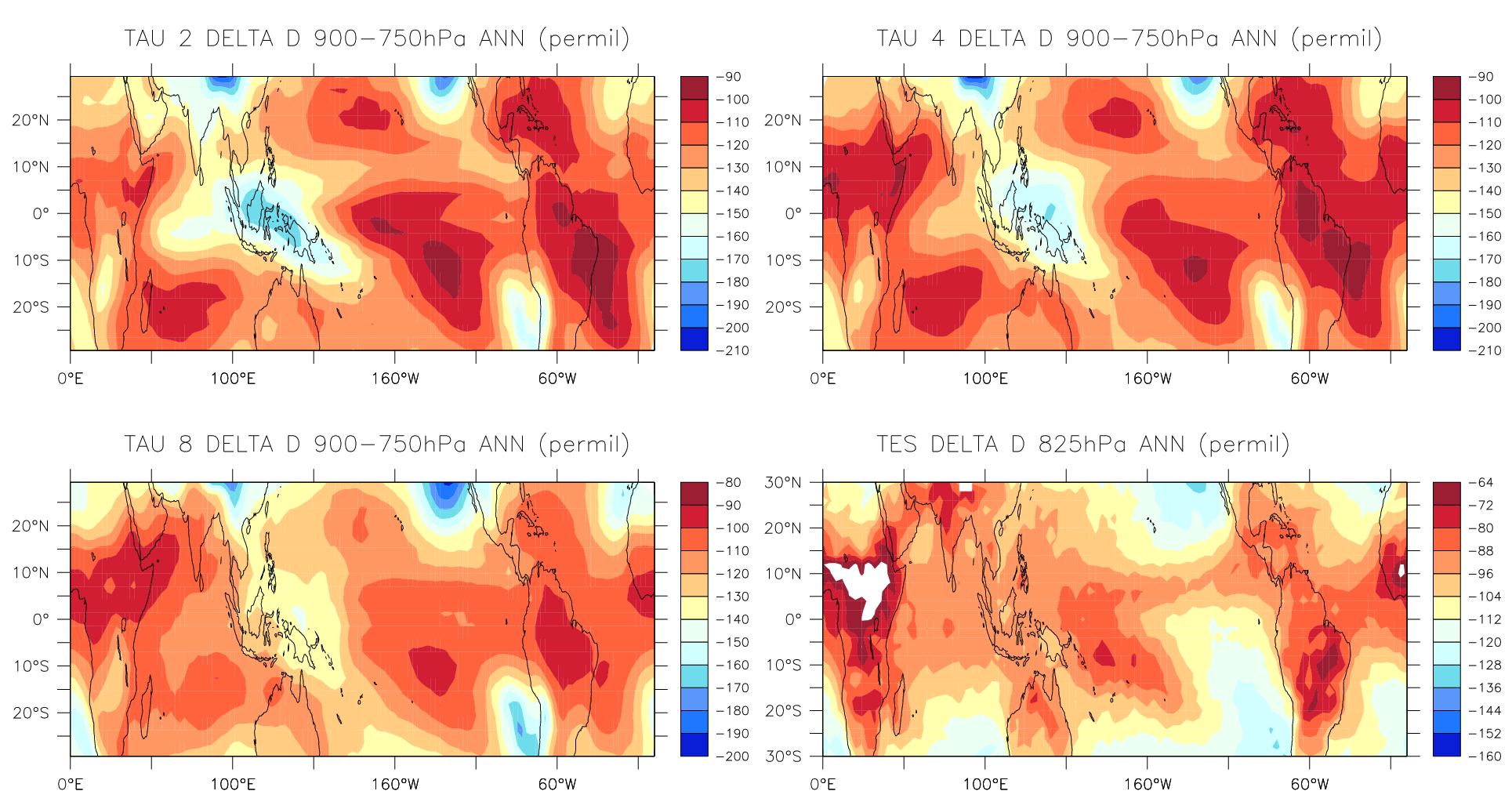 Convective parameterization has been argued as a principal generator of inter-model differences in climate sensitivity, but it is difficult in practice to constrain simulated convective processes. Increasing one of the least constrained convection parameters in the NCAR Community Atmosphere Model (CAM), namely the timescale for consumption of convective available potential energy (CAPE), TAU, from the standard 2 hours to 8 hours also provides a somewhat better match to satellite-observed water vapor isotope ratios. Thus, the incorporation of water vapor isotopes into GCMs provides additional constraints on convective parameterizations, especially as more and better quality water vapor isotope measurements become available.

The figure below shows annual delta D in vapor between 900-750 hPa for the (a) TAU2, (b) TAU4, (c) TAU8 simulations and (d) TES observations (April 2005 - March 2008) at 825 hPa. Note the differences in scales for the simulations and TES data. We speculate that the TES data capture the correct spatial distribution but that the absolute values may not be accurate. Missing data are represented as white area in the TES data.