El Niño conditions shift patterns of rainfall and fire across the tropics. During El Niño years, the number and intensity of fires increase, especially under drought conditions in regions accustomed to wet weather. Fires in Equatorial Asia are especially severe during El Niño years - e.g., 2006 and especially 2015. The 100,000 premature deaths due to the 2015 haze occurred mostly in the one-year aftermath of the fires. 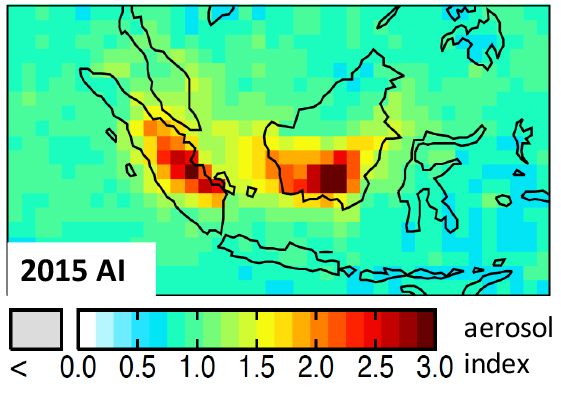 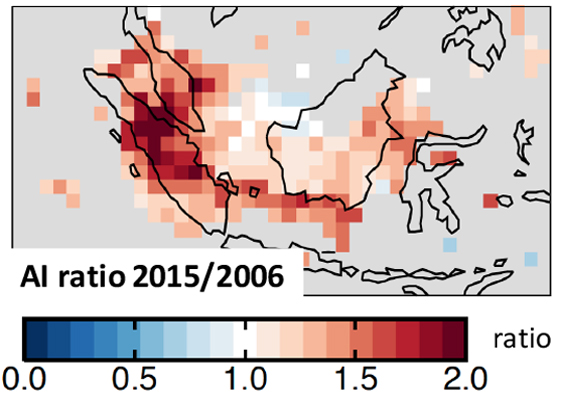 Aerosol index (AI) from the OMI on board Aura for Sept-Oct 2015. Results show a doubling compared to Sept-Oct 2006.