The Pecora award is presented annually to recognize outstanding contributions by individuals or teams using remote sensing to understand the Earth, educate the next generation of scientists, inform decision makers or support natural or human-induced disaster response. It is sponsored by the U.S. Department of the Interior and NASA. 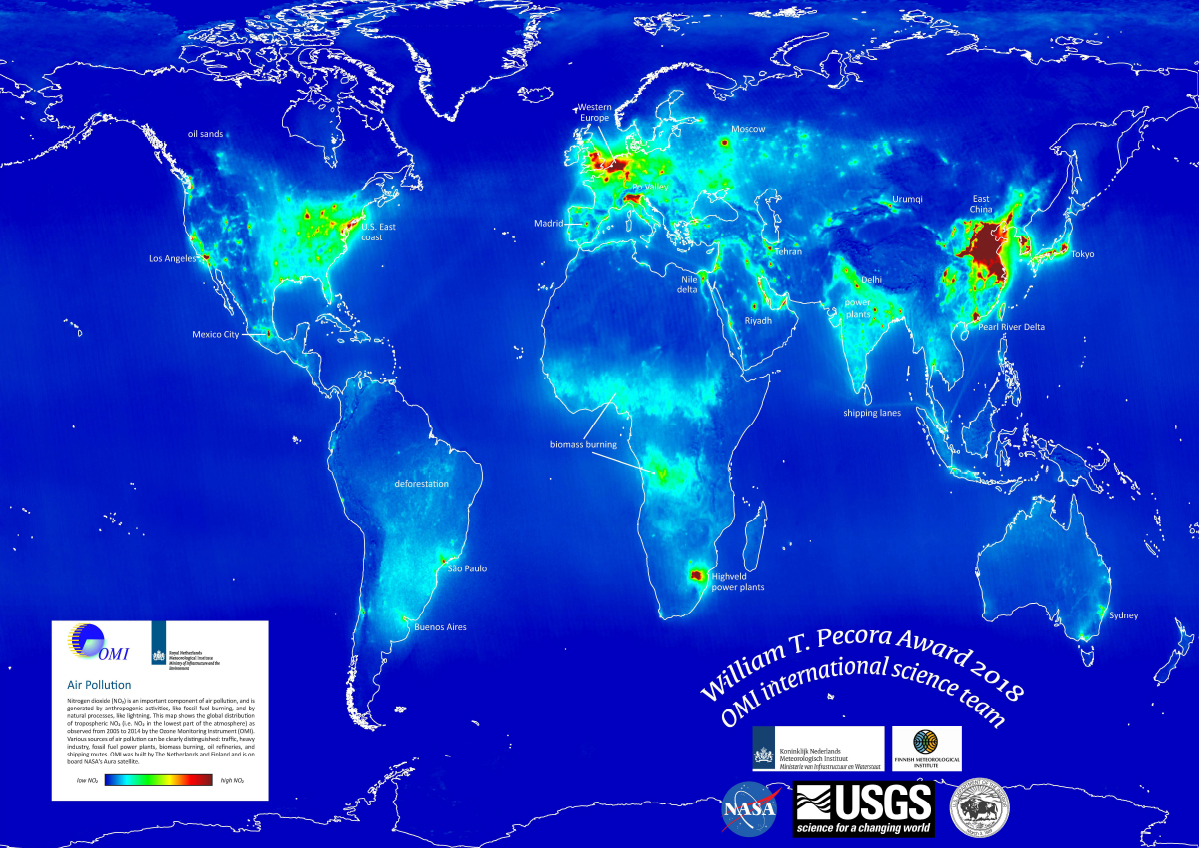 Global map of 2005-2014 OMI tropospheric column NO2 with scale ranging from low (blue) to high NO2 (red) values. Sources of NO2 are indicated on the map such as highly populated areas, shipping lanes, power plants, oil & gas operations, and biomass burning.


Nitrogen dioxide (NO2) is an important air pollutant generated by anthropogenic activities such as fossil fuel burning. OMI provides observations (2005-present) of tropospheric column NO2 (ie. NO2 in the lowest layer of the atmosphere) where various sources of air pollution can be identified: traffic, heavy industry, fossil fuel power plants, biomass burning, oil & natural gas operations, and shipping routes. This dataset is now commonly used in health and air quality studies.

The William T. Pecora Award is presented annually by the USGS to those using remote sensing for making outstanding contributions toward understanding the Earth, educating scientists, informing decision makers or supporting natural or human-induced disaster response.

The OMI team and other scientists have demonstrated the power of OMI satellite products for science and societal benefit. Since 2005, they have been used as a global monitoring system for air quality & health and stratospheric ozone . In the near future, other satellite missions, such as TROPOMI and TEMPO, both modeled after OMI, will provide improved satellite observations for health studies beneficial to societal concerns.

References: Information on the William T. Pecora award is found at: https://www.usgs.gov/land-resources/national-land-imaging-program/pecora .