The COVID-19 pandemic created global scale reductions in anthropogenic sources of pollution including important tropospheric ozone precursors such as nitrogen oxides (NOx (NO+NO2 )) and Volatile Organic Compounds (VOC’s). There have been many publications describing the large reductions in pollutants and tropospheric ozone in spring-summer 2020. Their results, using ground-based measurements and model simulations have shown reductions in tropospheric ozone throughout the Northern Hemisphere (NH) averaging around 7% with regional variations ~5-15%. 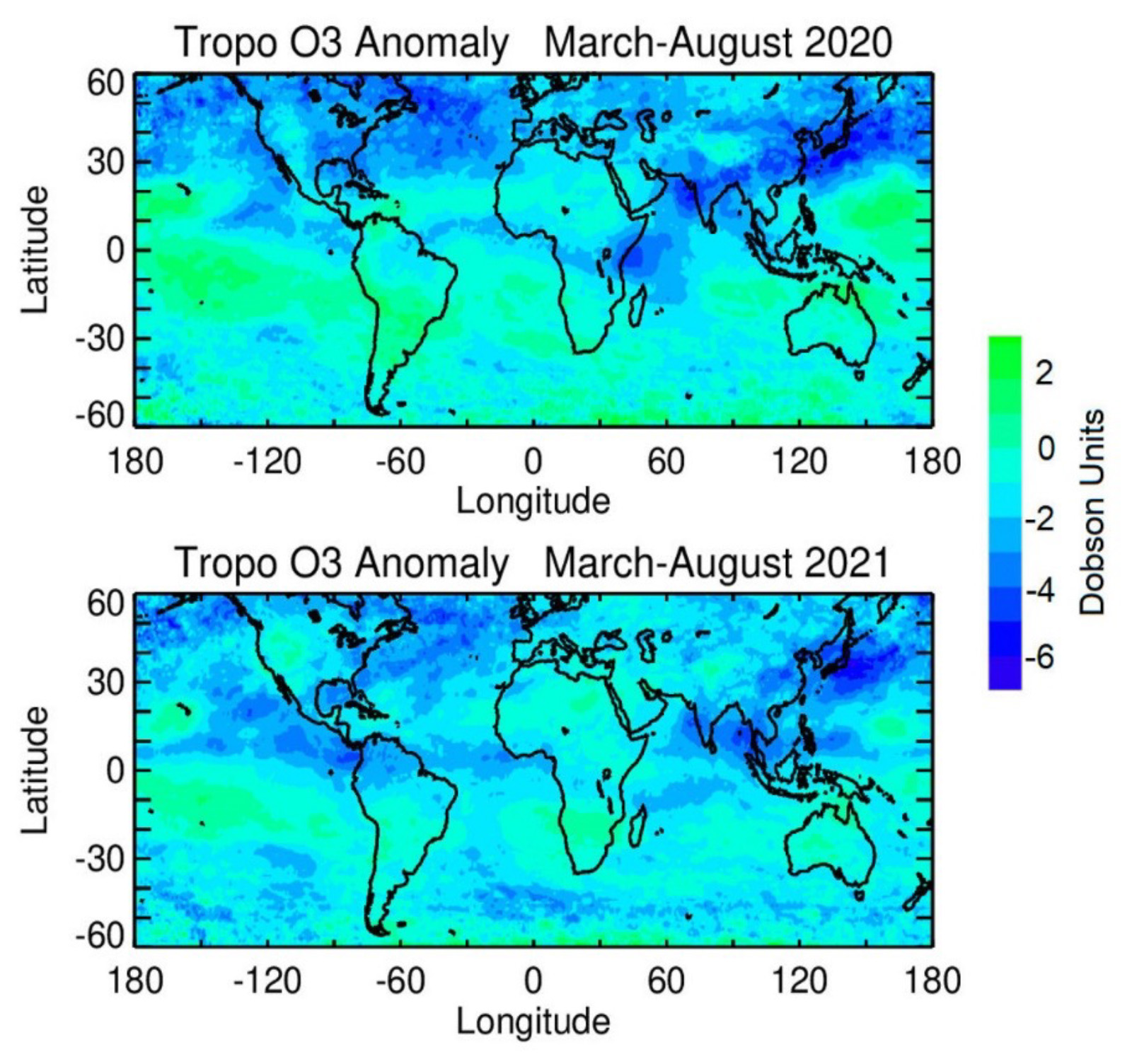 Both Northern and Southern Hemisphere:

Figure 2: Inter-annual anomalies (based on 2016-2019 average) in zonal mean tropospheric column ozone (in Dobson Units) for January 2016-August 2021. Negative anomalies in the tropics in 2019 are not COVID-related, but instead caused by an exceptionally strong positive phase of the Indian–Ocean Dipole (IOD) that was the strongest on record since 2006).