Changes in irradiance over the 11-year solar cycle are an important external forcing of the climate system. Although chemical models suggest a single-peak structure in the solar cycle signal (SCS) in stratospheric ozone, most previous observational studies – based on sparse ozone profiles from solar occultation instruments or coarsely resolved ozone profiles from nadir-viewing instruments – have shown a double-peak structure in the SCS. 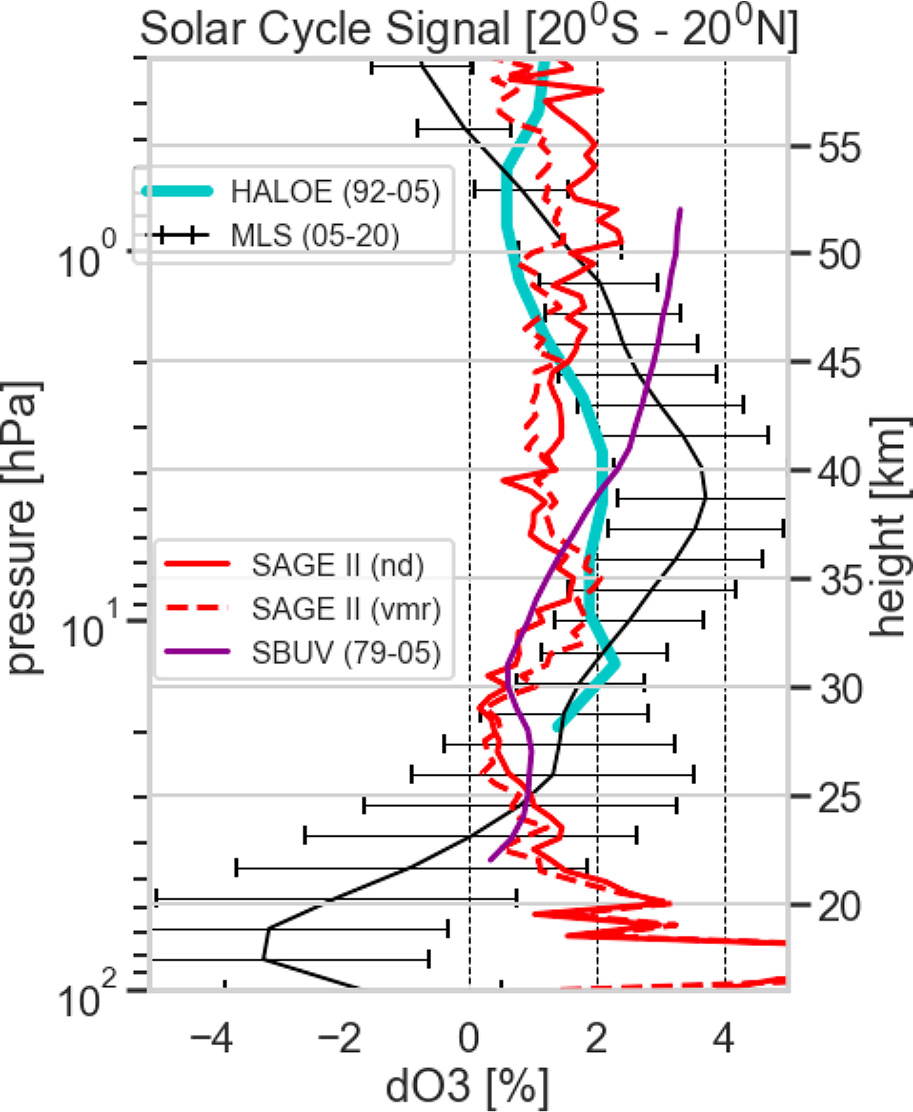 Comparison of the tropical (20S-20N) ozone SCS profile obtained from Aura MLS (black) with previous estimates based on solar occultation and nadir-viewing instruments. 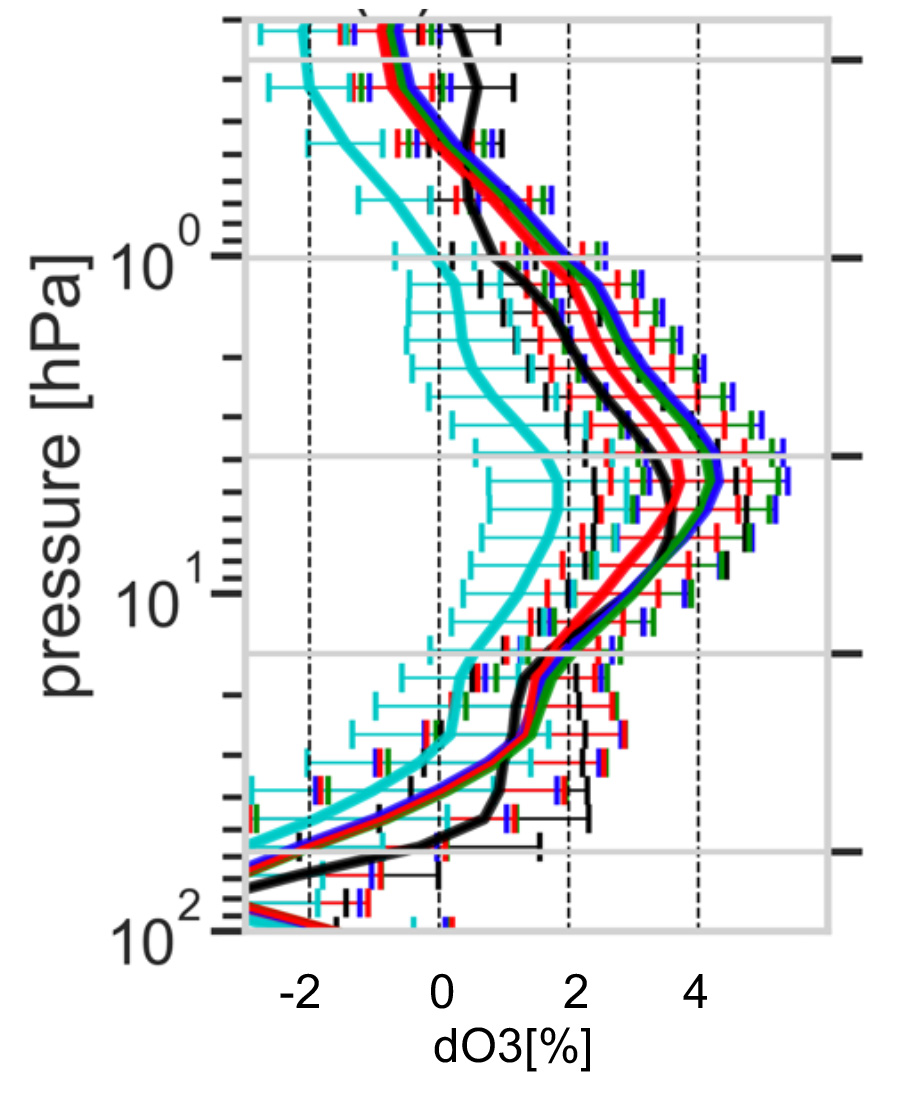 Comparison of the tropical ozone SCS profile from MLS (black, as above) and those simulated by a model using different solar fluxes.

MLS data show a single-peak-structured SCS profile in tropical stratospheric ozone, with a peak amplitude of ∼3% near 4 hPa (40 km). The MLS SCS differs significantly from other satellite-based observational estimates; in particular, its broad positive mid-upper stratospheric maximum is almost twice that previously reported. All simulations show very similar SCS profiles. That modeled ozone variations are comparable indicates consistency between the solar flux datasets. An ensemble of linear regression models confirms the robustness of the estimated SCS.

The substantial differences between the MLS-based SCS and prior findings are attributed to a combination of factors, including the much denser and more uniform sampling of MLS, the nearly linear decreases in stratospheric chlorine over the analysis period, and the relatively unperturbed stratospheric aerosol layer (earlier studies covered periods affected by non-linear changes in chlorine loading and large volcanic eruptions, both of which affect stratospheric ozone).

Detection of changes in stratospheric ozone induced by variations in solar irradiance provides a means of improving understanding of solar influence on climate, but until now the true nature of the ozone SCS profile was very uncertain.

Since ozone is the main gas involved in radiative heating of the stratosphere, solar‐induced variations in ozone can directly affect the radiative balance of the stratosphere. Although chemical models indicate a single-peak structure in the 11-year solar cycle signal (SCS) in stratospheric ozone, prior satellite observation-based estimates of the SCS have differed greatly but have generally shown a doubled-peak structure. The inability of models to reproduce the observed double-peak-structured SCS has been attributed to various model shortcomings. Another important factor has been large uncertainties in solar flux measurements, in particular those from SORCE. With its dense spatial coverage and long data record, MLS is well suited to reevaluating the SCS in stratospheric ozone. This study finds a single-peak-structured SCS in tropical stratospheric ozone in MLS data in excellent agreement with simulated SCS profiles. The results further show that, with recent adjustments and corrections, SORCE data can be used to study the effects of solar flux variations. Although currently no plans for post-Aura microwave limb sounder stratospheric ozone profiles exist, ozone will continue to be measured by OMPS-LP.