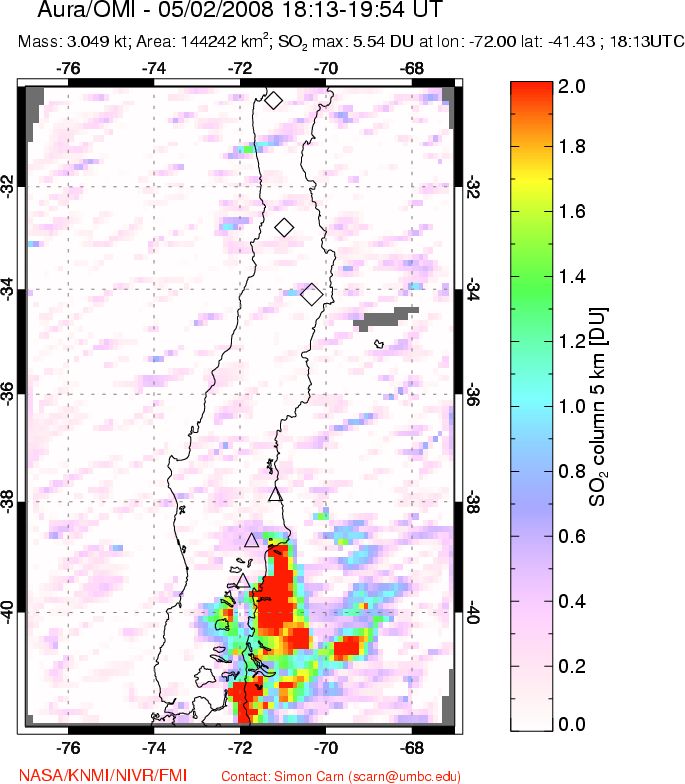 The Chaiten volcano eruption in southern Chile caught local authorities by surprise on Friday May 2, 2008, as experts say it has been dormant for at least 450 years. The 3,280-foot (1,000-meter) snowcapped volcano was considered inactive. The eruption has sent a thick column of ash into the stratosphere, streaming across Patagonia to the Atlantic. Ash scattering the surrounding area forced more than 4,000 people to leave their homes. Winds also carried the ash over the Andes to neighbouring Argentina.

Chile is one of the most volcanic countries on Earth, with more than 100 active volcanoes. Of those, experts say about 20 are in danger of erupting at any time.

This OMI image shows the Sulfur Dioxide measurements from this eruption on May 2, 2008.