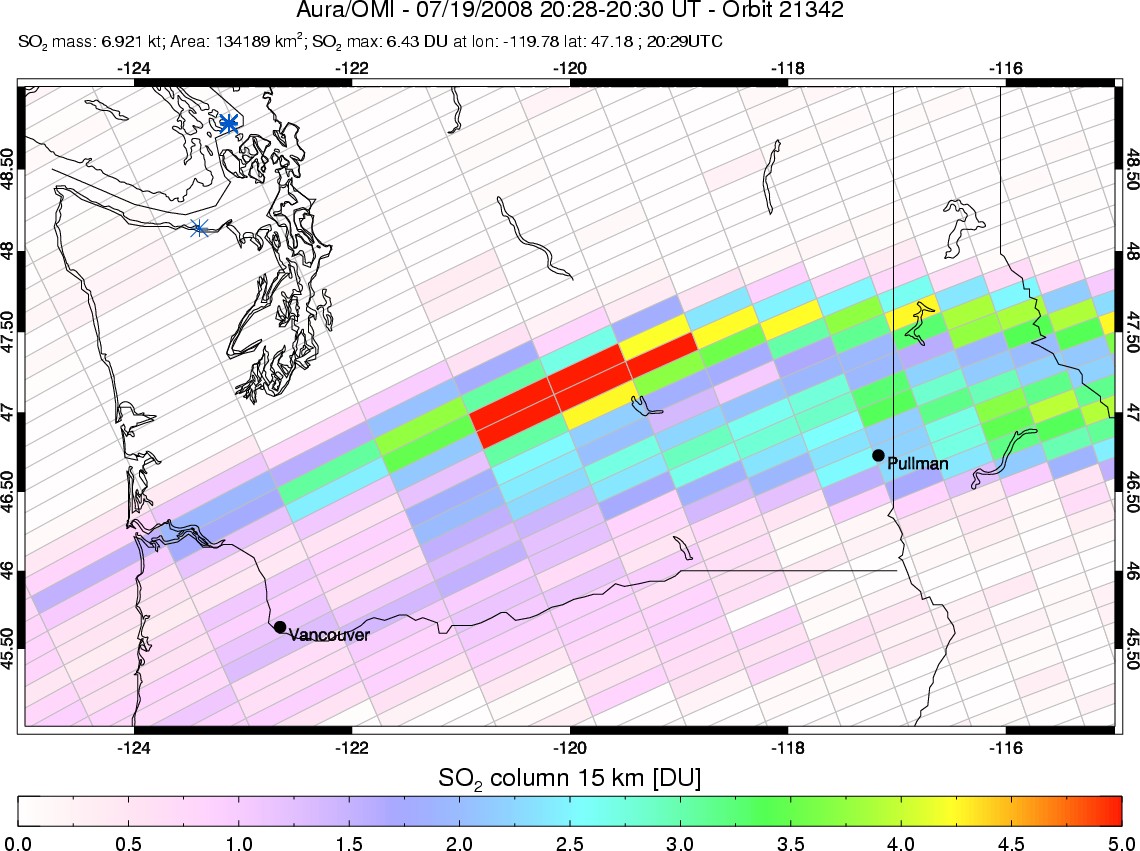 Okmok volcano lies 860 km southwest of Anchorage, Alaska in the remote Aleutian Island chain. Eruptions of Okmok, one of the most active Alaskan volcanoes, threaten the busy trans-Pacific air routes traveled by an estimated 30,000 people and huge volumes of cargo every day.

View Quicktime Movie of the Okmok eruption OMI SO2 Measurements

A strong explosive eruption of Okmok began abruptly on July 12, 2008, sending a cloud of volcanic ash and gas to ~17 km (~50,000 ft) altitude in the lower stratosphere. Satellite tracking of the ash cloud by traditional infrared (IR) techniques was hampered by the high water content of the volcanic plume. However, sulfur dioxide (SO2) measurements from the Ozone Monitoring Instrument (OMI) on Aura permitted tracking of the eruption cloud in near real-time (see movie), as it drifted south of the Aleutians across the North Pacific and then eastwards across the conterminous United States and Canada.

This was the first time a major volcanic eruption cloud had drifted over the lower 48 states since the 1992 eruption of Mt Spurr, also in Alaska. Airline pilots across the US reported sightings of the Okmok volcanic cloud, with some experiencing sulfur odors and throat irritation, and airlines rerouted aircraft to avoid it due to the potential threat of volcanic ash in the cloud. Passage of the SO2 cloud across the US also provided a rare opportunity to validate the OMI SO2 measurements. A team on the ground at Washington State University in Pullman, WA (see Figure) was alerted as the SO2 cloud approached, and measured SO2 in the cloud as it passed overhead from July 18-21, simultaneously with OMI.